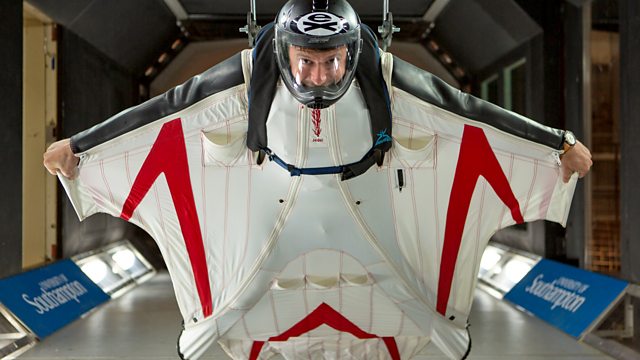 Rob Bell finds out about the south of England's great sporting inventions. From wingsuits, VAR and lawnmower racing to a sailor being able to follow her dreams.

In this half hour episode, presenter Rob Bell finds out about the south of England's great innovations in the sporting world. Dr Angelo Grubisic is an aeronautical engineer and British silver medallist in wing suit performance. He teaches at Southampton University and convinced them to allow him to set up the Icarus Project to develop the world's first scientifically engineered wing suit. His designs aim to increase safety in the sport and to set world records for human flight.

On the Isle of Wight Gary Lambert has developed a very special system to enable his 19-year-old daughter Natasha, who has cerebral palsy, to achieve her sporting dreams. It may have taken Gary nine years, and with no experience in sailing or electronics, he has adapted the already tested sip-and-puff technology and advanced it to a whole new level - tongue-switch technology, which allows Natasha total control of the boat using her mouth. It's given Natasha a real sense of freedom and Gary hopes to adapt the system in the future to help other disabled people.

Dr Paul Hawkins is the genius behind Hawkeye, the tracking software used in tennis, cricket and rugby that has revolutionised the way sport is played around the world, by making the decision one hundred percent accurate. Paul shares how Hawkeye came about, and invites us to Italy to see his latest invention - VAR or Video Assisted Refereeing in action. It is being trialled in football matches across Europe, with the hope of being used across all football games around the world, to help the referee with decisions as to whether a ball was offside or a goal was scored.

And Rob tries out a motorsport for the masses that was invented in the south in 1973 - lawnmower racing! And we learn how the lawnmower has in fact had an impact on our favourite sports. Previously lawns were costly and laborious to maintain but mowers made neat lawns available to everyone. Cricket, rugby and football pitches could be trimmed to the exact length needed for the game.

See all episodes from Invented in..

See all clips from The South (2)

One of the world's more unusual sports was invented in the south of England.

Lawnmower racing developed from an idea in a pub back in 1973.Engineer and athlete Rob Bell gave it a try. 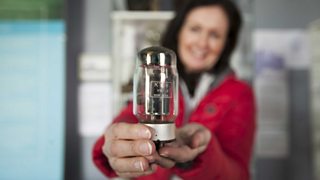 The inventions changing our world.