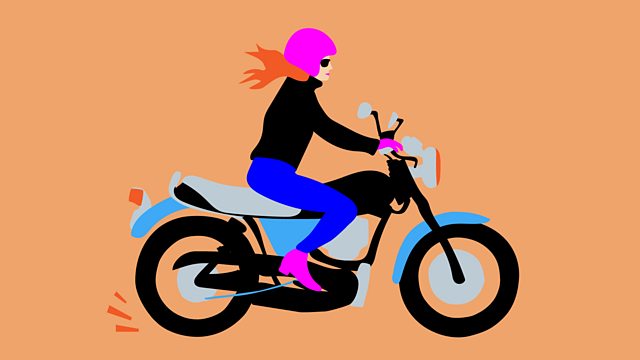 Women have always dreamed of escaping their ordinary lives - but it's only in recent history that travel has become a legitimate opportunity to do so - and then only for some. Lauren discusses the pleasures and pitfalls of wanderlust, with some very well-travelled women...

LOIS PRYCE has travelled the world alone on her motorbike. Named one of the greatest female travellers by the Daily Telegraph she has written a number of books about her life as - her word - and adventuress.

RANA RAHIMPOUR grew up in Iran and had to seek her parents' permission as a young female student to go travelling in her own country. Now based in London she presents on the BBC's Persian TV network. Her decision to move here means she cannot return to Iran even to visit because under the present regime BBC employees face arrest. She has also written about being stopped from travelling to the US by Donald Trump's travel ban....

CAROLYN PEARSON is the founder of women's travel network MAIDEN VOYAGE. It seeks to make life easier for women travelling alone, and was inspired by her own experiences.

VICTORIA ADE-GENSCHOW who was born in Manchester but is now based in Berlin. A passionate advocate of travelling with a family and on a budget, she blogs at thebritishberliner.com and her motto is "just go.".