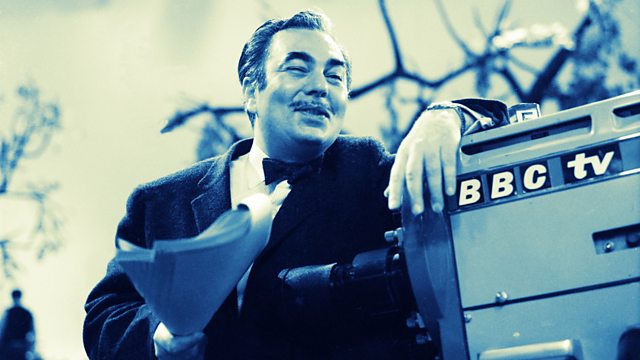 Matthew Sweet on Sydney Newman, the Canadian who transformed 60s TV. Plus poet Vahni Capildeo on her award-winning collection and contemporary Arab art at the Shubbak Festival.

Matthew Sweet looks at the Canadian influence on British TV drama in the early 1960s, with director Alvin Rakoff, Sydney Newman biographer, Ryan Danes, and Graeme Burk, contributor to the publication of Newman's memoirs. Newman was instrumental in setting up Armchair Theatre, The Avengers and Doctor Who and The Wednesday Play at a time when broadcasting was in an excitingly fluid state.

The British-Trinidadian poet Vahni Capildeo on her Forward Prize winning collection Measures of Expatriation and a new Poetry Prize for Second Collections, the Ledbury Forte Prize.

Artists Larissa Sansour and Jonathan May discuss the Survival of the Artist as this year's Shubbak, London's festival of Contemporary Arab Culture opens.

Presenter: Matthew Sweet
Guests:
Graeme Burk 'Head of Drama: The Memoir of Sydney Newman' by Sydney Newman (Author), Ted Kotcheff (Foreword, Contributor), Graeme Burk (Contributor) out in September
Ryan Danes 'The Man Who Thought Outside the Box: The Life and Times of Doctor Who Creator Sydney Newman' out now
Vahni Capildeo 'Measure of Expatriation' out now.

The Survival of the Artist presented by The Mosaic Rooms, at the British Museum July 2nd, part of Shubbak, London's Festival of Contemporary Arab Culture 1-16 July 2017 .

Profile of Sydney Newman is Part of Canada 150: a week of programmes marking the 150th anniversary of the founding of the nation. You can find concerts and other broadcasts on the Radio 3 website.

You can find more links to discussions about TV history focusing on Dr Who, The Avengers and an interview with Tony Garnett on the Free Thinking website. They are all available to download as Arts and Ideas podcasts.