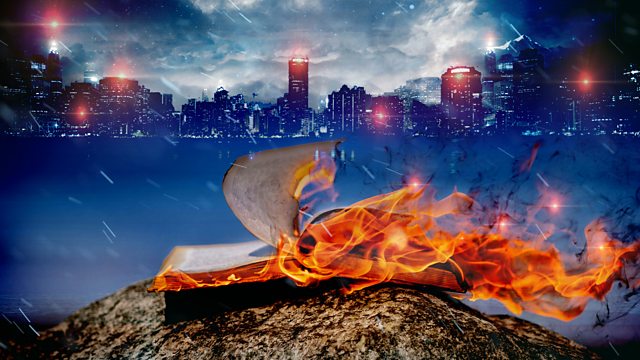 Guy Montag is a fireman, and he loves his job. But he is not happy. Ray Bradbury's prophetic cult classic, abridged by Sara Davies and read by Alex Jennings.

Fahrenheit 451 is the temperature at which paper burns.

It's Guy Montag's job to know these things: he's a fireman and he burns books for a living. He loves his job doing this service for the public, but he is not happy. As his life unravels he begins to question all his beliefs.

Ray Bradbury's cult classic was first published in 1953 but it imagines a world very like 2017, in which sophisticated mass media are used to pacify and control people; love is a commodity; attention spans are short and police hunts are live entertainment.

Abridged by Sara Davies and read by Alex Jennings.
Music: 'Stitch' from the album Bella by PT-1, on Bandcamp.