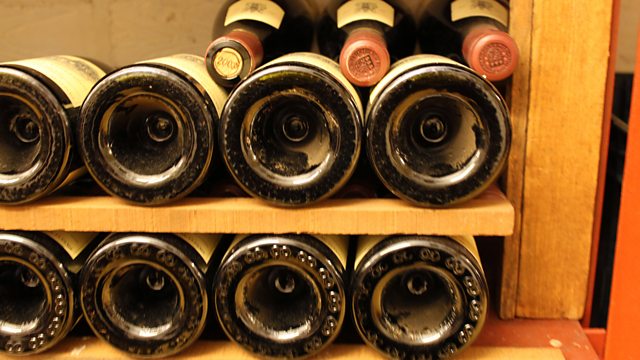 Documentary. Master of Wine Susie Barrie goes hot on the scent of counterfeit wines and follows the experts employed to distinguish plonk from prestige vintages.

How do you know the wine in a bottle is what it says on the label? Master of Wine Susie Barrie goes hot on the scent of counterfeit wines and follows the experts employed to distinguish plonk from prestige vintages.

Fraudsters have targeted expensive French wine - Bordeaux châteaux such as Pétrus, Lafite and Margaux, and Burgundy's Domaine de la Romanée Conti - to maximise profit. Crafted in Europe, these wines are popping up at auctioneers and wine importers in the UK on a regular basis.

So how do the counterfeiters create fake wine to fool even the experts? Our wine detectives explain the various ingenious methods used to recreate fine vintages worth £10,000 a bottle and more. They also explain how to spot a fake and what the industry is doing to make it more difficult to copy fine wines - which involves, surprisingly, French nuclear scientists.

After recent scandals in the US - such as convicted counterfeiter Rudy Kurniawan, who received a 10-year prison sentence - the industry is opening its eyes to a growing issue. But why is the problem often hushed up?