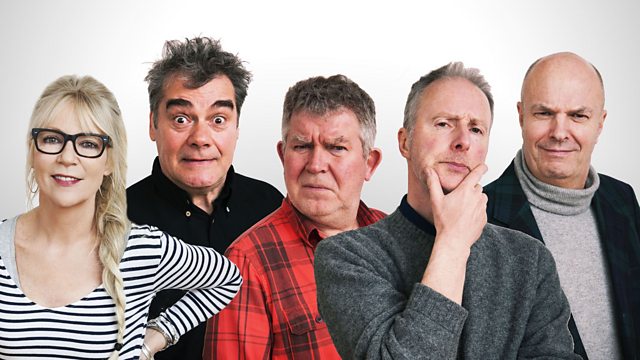 Stoneybridge Town Council prepares to receive the town's first ever tourist, the Little Girl gives her explanation of Brexit, and Calum Gilhooley launches his own YouTube series.

The cast of TV's hugely popular sketch show return for their second series on BBC Radio 4. Pete Baikie, Morwenna Banks, Moray Hunter, Gordon Kennedy and John Sparkes revisit some of their much-loved sketch characters, while also introducing some newcomers to the show.

In 2013, the group that made their name on Channel Four in the 1980s and 90s got back together for Radio 4's Sketchorama: Absolutely Special - which won the BBC Audio Drama Award for Best Live Scripted Comedy. The first series of The Absolutely Radio Show picked up a Celtic Media Award nomination for Best Radio Comedy.

The opening episode of this series features the Stoneybridge Town Council preparing to receive the town's first ever tourist, the Little Girl giving her explanation of Brexit and Calum Gilhooley launching his own YouTube series. There are sketches about the downside of voice technology on smartphones, while Melania Trump presents a brand new podcast offering an insight into her life as First Lady.

Produced by Gordon Kennedy and Gus Beattie.
An Absolutely/Gusman production for BBC Radio 4.

See all episodes from The Absolutely Radio Show