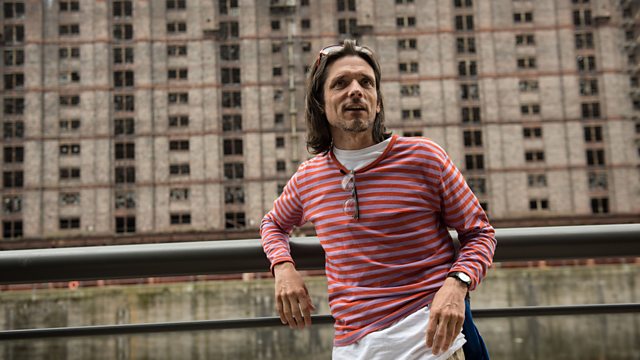 For the first time the opening event of the Manchester International Festival isn't a big show or concert, instead it's a large-scale public event, What Is The City But The People, starring Mancunians. We hear from some of those selected to represent their city, and Jeremy Deller, the artist behind the commission, discusses making art for the public with the public.

A Man Called Ove was a surprise international bestseller in 2014. The book, which depicts the effect of new neighbours on a grumpy middle aged man called Ove, has now been made into a film in the book's original language, Swedish. Briony Hanson reviews.

In 2015 Kenneth Steven, a poet known for writing about the wilds of Scotland and the distant past, started writing a novel set five years hence. His story revolves around terrorist atrocity, retaliation from the far right and a fractured society. He talks to Samira Ahmed about his prescient book, called 2020.

The Art Fund Museum of the Year is the world's biggest museum prize and back in April we revealed the finalists in a special programme from The British Museum. The overall winner will be announced next Wednesday but on the run up to the ceremony Front Row will be looking at each of the five shortlisted finalists. Tonight, photographer Martin Parr and art collector Tim Sayer share their appreciation for The Hepworth Wakefield.

Jeremy Deller's What is the City but the People opens the Manchester International Festival 2017, which  runs until 16 July 2017.

Image to the left: Preparing the runway in Piccadilly Gardens, Manchester, for Jeremy Deller's What is the City but the People

Image: Rolf Lassgard as Ove in A Man Called Ove.

Kenneth Steven's book, 2020 is out now in paperback.

The Hepworth Wakefield is one of the 5 finalists for the Art Fund's Museum of the Year 2017 award.  The winner will be announced on 5 Jul 2017 at the British Museum, London.