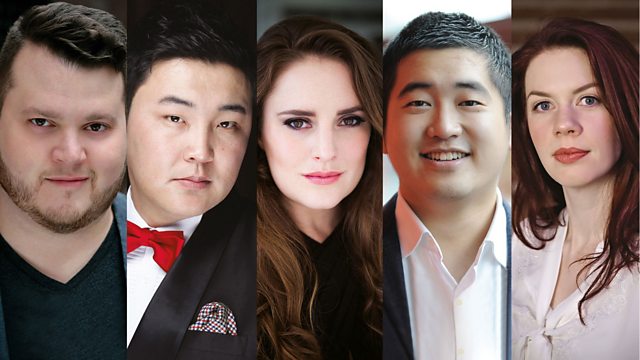 BBC Cardiff Singer of the World 2017

Petroc Trelawny and Angel Blue host the final as five of the world's most exciting singers compete for the most sought-after title in the operatic world.

The competition reaches its thrilling conclusion as five of the world's most exciting singers compete for the most sought-after title in the operatic world. Petroc Trelawny and American soprano Angel Blue are at St David's Hall to present every note of the Grand Final.

They are joined by two internationally acclaimed stars - lyric soprano Danielle de Niese has performed on stages around the world including Covent Garden and New York's Met, and sung on stage with LL Cool J and on the soundtrack for a Ridley Scott film; and Gerald Finley is an award-winning Canadian baritone who has performed on the world's major opera and concert stages. They're on hand to provide expert analysis of the evening's performances together with Mary King.

At the end of the evening, Patron Dame Kiri Te Kanawa will announce the name of the winner and present the trophy to the BBC Cardiff Singer of the World 2017. The BBC National Orchestra of Wales is conducted by Thomas Sondergard and Tomas Hanus.

See all episodes from BBC Cardiff Singer of the World

See all clips from The Final (4)