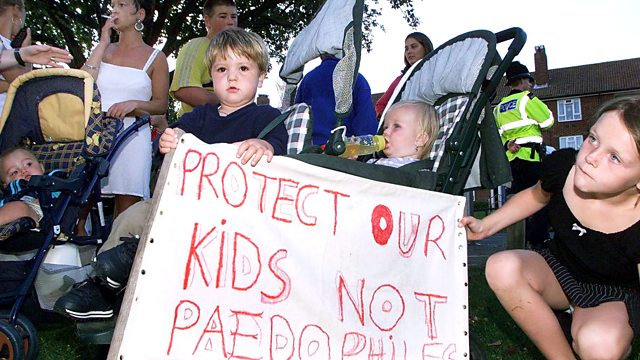 Portsmouth After the Riots

Here's How the Story Ends Series 1

Giles Edwards asks what happened in Portsmouth after the anti-paedophile riots in 2000.

Giles Edwards asks what happened in Portsmouth after the anti-paedophile riots in the city in 2000.

During the long, hot summer of 2000, and after a story in the News of the World revealed one of the country's most prolific paedophiles was living in the heart of their community, some residents on the Paulsgrove estate in north Portsmouth took to the streets to demonstrate. The protests, sometimes called riots, continued for several nights, and the story was all over the news.

Now Giles has spoken to Paulsgrove residents who were appalled and frightened by the protests, to those who helped organise them and still believe they were necessary, and to the councillors, local MP and police tasked with trying to stop them, about what happened after the protests finished. How did the community come back together, what did the authorities do to reassure residents, and what, if anything, can the episode tell us about attitudes to child sexual exploitation?

Oklahoma City After the Bomb—Series 1

See all episodes from Here's How the Story Ends