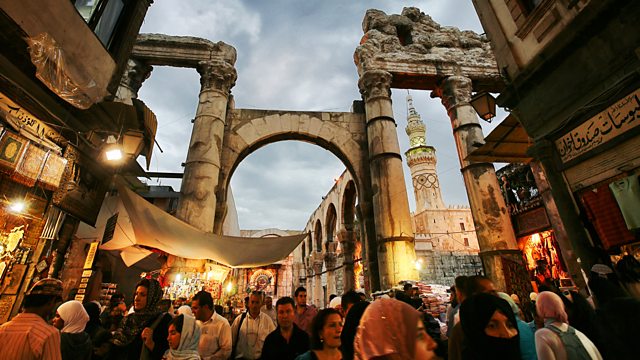 Sumayya Hilmi must decide the future of the family-run hospital. Syrian writers and actors provide a rare glimpse of how life is lived in contemporary Damascus.

Running a hospital in Damascus is hard enough for the Hilmi family but, when Louai expands the counterfeit pharmaceuticals business to raise extra cash, things start to go very wrong indeed.

Stories from Hay el Matar is set in a suburb of Damascus where people of all backgrounds attempt to live their lives while the war is fought around them. It's made by a team of Syrian writers and actors who are themselves living through the kinds of events depicted in the drama.

This is an adaptation from an Arabic language original, produced by BBC Media Action, that is also made on location in Beirut, Lebanon, by a Syrian and Lebanese team, many of whom commute from inside Syria.

Stories from Hay el Matar is written in Arabic by Syrian writer Hozan Akko, adapted into English by British dramatist Jonathan Myerson, and recorded on location in Beirut.

The drama offers a rare glimpse of how normal life is lived inside Damascus during these extraordinary times.