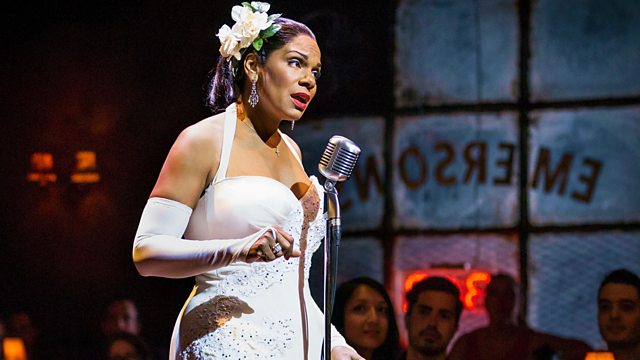 Broadway star Audra McDonald has won more Tony Awards than any other performer. She discusses the challenge of her new show Lady Day at Emerson's Bar & Grill, in which she sings and performs as Billie Holiday, and what it was like doing Carpool Karaoke with James Corden.

The Anglo-American artist John Singer Sargent's reputation as a portraitist reached its peak at the turn of the 20th century for his paintings of the distinguished personalities of his day. During painting expeditions to Southern Europe and the Middle East, he also mastered the medium of watercolour, and whilst often dismissed as simple travel souvenirs, a major new exhibition of Sargent's watercolours argues that they were an integral part of his artistic production. Guardian art critic Jonathan Jones reviews.

Equity, the actors' union wants the way plays, films and television shows are cast to be made clearer, fairer and more inclusive. Ahead of the launch of their manifesto calling for changes, actor and President of Equity Malcolm Sinclair explains why these have to be made and what goes on in auditions.

Irish novelist Paula McGrath discusses her new book A History of Running Away, set in 1980s Ireland and contemporary Ireland and America. It follows the story of three women, including would-be boxer Jasmine, who trains in the sport despite it being illegal for women to box in Ireland.

Sargent: The Watercolours is at Dulwich Picture Gallery until 8 Oct

A History of Running Away is out now