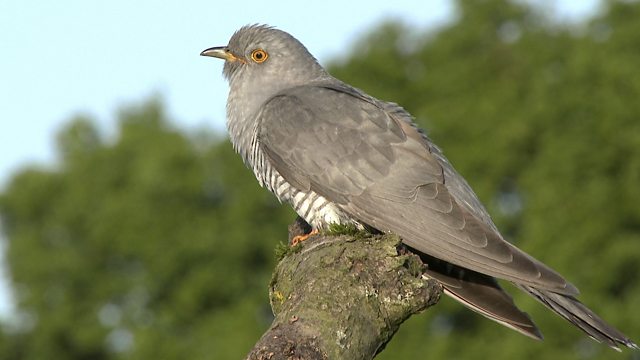 Jimi Goodwin on the Cuckoo

Musician Jimi Goodwin on his shock at discovering the cuckoo's wicked ways.

Musician Jimi Goodwin on being shown a cuckoo chick in a nest, and his shock at discovering the cuckoo's wicked ways in this Tweet of the Day.

Tristan Gooley on the Wood Pigeon

Neil Anderson on the Golden Eagle