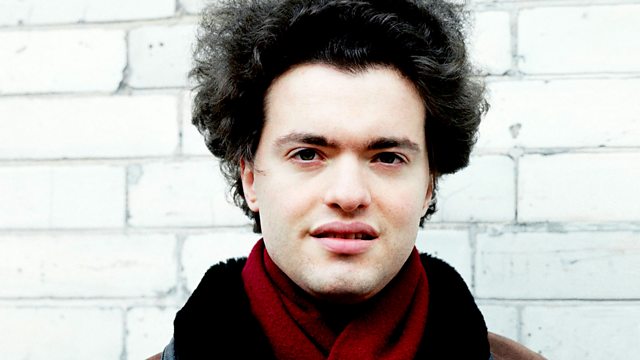 Israeli author David Grossman on his prize-winning novel A Horse Walks into a Bar; pianist Evgeny Kissin discusses his memoirs.

David Grossman and his translator Jessica Cohen have been announced as the winners of the Man Booker International Prize 2017 for A Horse Walks Into a Bar, about a stand-up comedian who goes to pieces on stage one night. This is the second year that the Man Booker International Prize has been awarded on the basis of a single book, with the £50,000 prize divided equally between the author and the translator. Both David Grossman and Jessica Cohen join John to discuss their work.

The great Russian pianist Evgeny Kissin has taken a sabbatical recently, and written a book. In 'Memoirs and Reflections' he chronicles his childhood passion for the piano and sketches portraits of family members and teachers who nurtured his genius. He discusses performing and memory, and reveals other talents, translation and recitation - in Yiddish.

For delegates at this month's London Festival of Architecture, which invites architects, designers, engineers and planners from around the world to conferences and debates, the horrific fire at the Grenfell Tower prompts renewed focus on the issue of how to best provide social housing at a time when urban populations are booming. Architects Alex Ely and Dieter Kliener, who both specialise in community projects, and Tamsie Thomson, Director of the London Festival of Architecture talk to John Wilson.

Before the artist David Mach began creating his new art installation Incoming - comprising 20 tonnes of newspapers, a Jeep, a shipping container and some heavy pieces of timber - John met him at the empty gallery. Now that the piece is finished, he shows John round the artwork and discusses the logistical and physical challenge it presented.

Evgeny Kissin's book Memoirs and Reflections is out now as a hardback.

Image to the left: Evgeny Kissin

David Grossman's book, A Horse Walks into a Bar, translated by Jessica Cohen is out  now.

The Incoming:David Mach installation is at the Griffin Gallery, London until 07 July 2017.