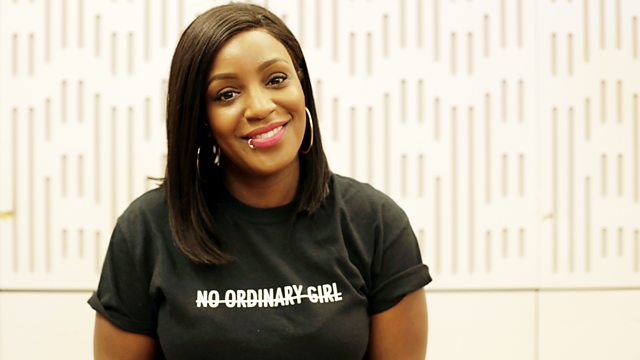 Songwriter Carla Marie Williams on why she mentors young women trying to make it in the music industry Plus Earl sings live and Women Rock: building confidence through music.

From Harlesden to Hollywood: songwriter Carla Marie Williams on growing up in a single parent home to becoming a top songwriter, writing Beyonce's Freedom - a powerful, socially conscious anthem for black women in America. She tells us why she's set up her own organisation, Girls I Rate to help young women find success in the male dominated music industry, both as performers and behind the scenes.

If you've ever wished you were in a band but felt too scared or that it's too late and you've missed the boat then you're not alone.We join 23 women aged between 24 and 64 as they took part in a women's rock camp in East London. Over three days, they learnt instruments from scratch, formed bands, wrote an original song and even made their own band artwork: going from complete novices to performing in front of an enthusiastic crowd.

On her fourth record deal and with her fifth album just about to be released, Earl returns to the music she loved growing up...jazz. She tells Jenni about the impact having a child has had on her career and how with this new album she's bringing together the music styles that have influenced her over the years to create a unique modern sound. She performs her new single All That Glitters.

The power of music as therapy. Jenni talks to the founder and Creative Director of Music Action International Lis Murphy about how music can help refugees and victims of torture. Musician Emmanuela Yogolelo an asylum seeker tells us how it's helped her overcome some of the thing she's been through and Toni Beardsall a Nordoff Robbins music therapist, explains how music has the power to heal.

Men on their manhood