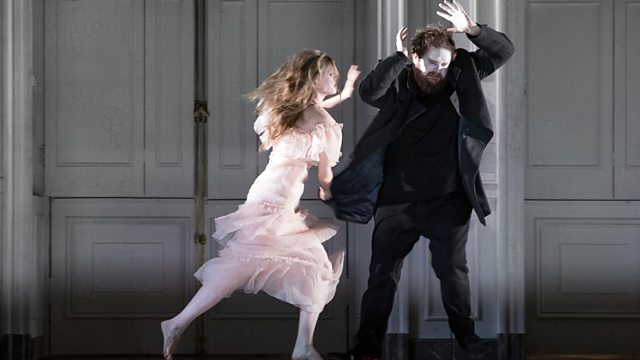 Brett Dean on Hamlet - the opera; Laura Barnett's novel about a songwriter - with songs by Karthryn Williams, the pleasures and pitfalls of dramas based on recent political events.

Australian composer Brett Dean talks about on his new opera, Hamlet, for the Glyndebourne Festival, which is one of the most eagerly anticipated operatic premieres of the year.

Laura Barnett's latest novel, Greatest Hits, focuses on Cass, a successful singer songwriter who retires from public life, and then plans her return 10 years later with her greatest hits. Singer songwriter Kathryn Williams has written a soundtrack to accompany the book and the two discuss their collaboration with Kirsty Lang.

Theresa vs Boris, a docu-drama about the Conservative Party's 2016 leadership campaign, will be broadcast on BBC Two this weekend. Yet, after the 2017 general election the docu-drama already looks to be overtaken by the shenanigans in Westminster. Documentary maker Michael Cockerell and playwright Jonathan Maitland discuss the pitfalls and the pleasures of creating programmes based on recent political events, and if it is ever too soon to begin making such programmes.

For BBC Music Day tomorrow all 40 BBC Local Radio stations and Asian Network in England have teamed up with the British Plaque Trust to unveil 47 historic Blue Plaques celebrating iconic musicians and venues. From Aspatria in Cumbria to Penzance, Kirsty Lang introduces some of the more unusual ones.

Jacqueline King as Theresa May

Theresa vs Boris: How May Became PM is on BBC Two
on Sun 18 June at 9 pm

Hamlet is broadcast live to cinemas on 6 July and tours
Canterbury, Milton Keynes, Norwich & Plymouth in the Autumn