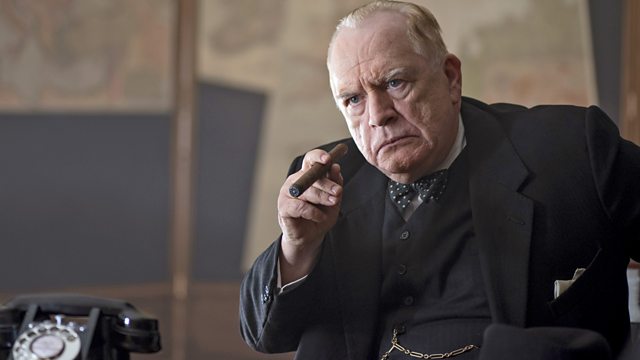 Brian Cox discusses playing the most famous man in British politics in his new film Churchill.

From Cherie Blair to Medea via Narcissa Malfoy in Harry Potter, and Polly Blair of Peaky Blinders, Helen McCrory has played many strong women. Her latest is Emma Banville, a campaigning lawyer who fights to free a man she believes was wrongfully convicted of killing a schoolgirl, a part created for her by Homeland writer Patrick Harbinson. Helen McCrory reveals why she wanted to be in Fearless and why she'll always be an actress, not an actor.

This year has already seen new re-boots of many classic film franchises, including Alien, Pirates of the Caribbean, Wonder Woman and The Mummy. With more in the pipeline for this summer, Adam Smith considers what it takes to breathe new life into an old brand (and whether it's a good idea in the first place...)

Into the Unknown: A Journey Through Science Fiction is at the Barbican Centre until 1 Sept