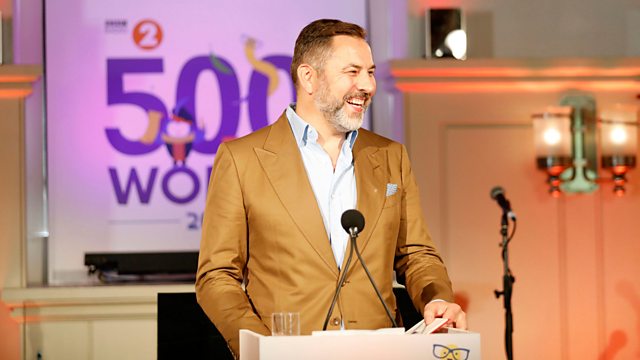 The 500 Words Final - Live From the Tower of London!

The competition for children aged between 5 and 13 has seen another record year attracting a staggering 131,798 entries.

This morning's show will be an extravaganza of live music and sensational story-telling, with the six winning wordsmiths announced on-air by celebrity narrators including David Walliams, John Bishop, Olivier award-winning Noma Dumezweni and national treasures Jenny Agutter OBE actor Sir Derek Jacobi. Plus listeners will be serenaded by princes of pop including One Direction's Niall Horan, Louisa Johnson, Anne Marie and Olly Murs. Honorary Judge of the competition, Her Royal Highness the Duchess of Cornwall, will join this extra special edition of the Breakfast Show.

Each and everyone one of this year's entries was read by a fantastic team of volunteer teachers and librarians from around the UK, before being whittled down to the Top 50 finalists by the Reading Agency.

Mel Giedroyc and 500 Word's words of the Year