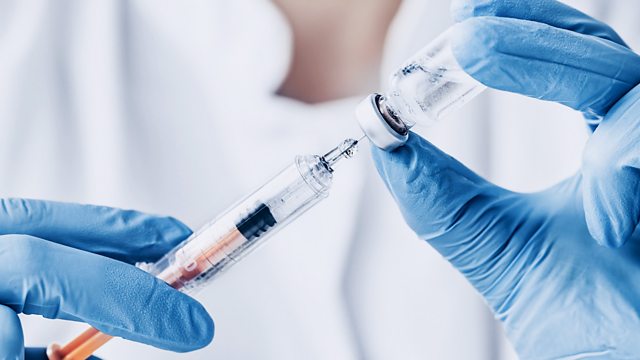 Why is the hunt to find a new vaccine to eliminate TB mired in controversy? Deborah Cohen reports.

Around 1.5 million people die from tuberculosis each year. The Bacillus Calmette-Guerin (BCG) vaccine was introduced nearly a hundred years ago, but is only partially effective against the bacterium that causes TB.

With so many infected and the BCG vaccine only 60% effective, a race is on to develop a better way of preventing TB. Hundreds of millions of public and philanthropic money has been poured into this quest. For researchers, the competition for this pot of money is fierce.

A new vaccine called MVA85A developed by scientists in Oxford as a booster to BCG was heralded as a possible solution. But when it was trialed on nearly 3000 infants in South Africa it didn't offer any further significant protection.

File on 4 investigates the outcome of tests carried out on monkeys and asks to what extent animal trials are used to help decide whether to go on to test in humans.

How do regulators and ethics committees decide to give their approval and who is looking out for the people who volunteer to take part?

Gain Without the Pain: Legal Drugs in Sport

Why is the hunt to find a new vaccine to eliminate TB mired in controversy? Deborah Cohen reports.