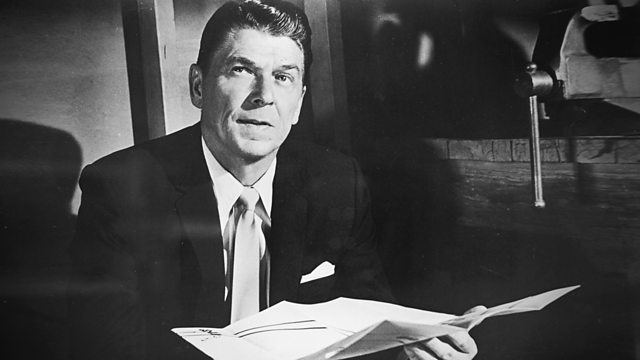 Adam Smith explores Hemingway's story The Killers, from its birth in gangster-era Chicago, through its Hollywood afterlife as a noir classic, to its status as Reagan's last film.

Adam Smith traces Ernest Hemingway's brutal, brilliant short story - from its birth in gangster-era Chicago, through its Hollywood afterlife as a noir classic, to its strange status as Ronald Reagan's last movie.

Ernest Hemingway wrote his short story 'The Killers' in 1926. Two hitmen enter a small-town lunch-room. They have come to kill an ex-boxer who has double-crossed someone. The boxer is warned, but doesn't run.

Hemingway captures the American man at a moral crossroads. Should he follow the code of the boxing ring, where a man proves himself, and go down fighting? Or should he grab the easy money and throw in his lot with the gangsters?

Hollywood loved it - and so Adam traces how a colourful cast of characters turned this short, sharp story into two very different movies.

The first, in 1946, is a black-and-white noir classic. It was the brainchild of Mark Hellinger, a producer who was all too friendly with real-life gangsters like Bugsy Siegel. It made the names of its new stars, Burt Lancaster and Ava Gardner. But its main screenwriter - Hemingway's friend and fellow boxing fan John Huston - went unsung.

The next, in 1964, was much gaudier. At the heart of this version is a truly bizarre scene. Ronald Reagan, his acting career on the slide, reluctantly agreed to play a violent crook who is pretending to be a legitimate businessman.

And yet this hinted at the pasts of the producers of this movie. They too had long-time links with the gang world, stretching right back to Al Capone's Chicago.

It was meant for TV but was deemed too violent. Especially as it featured a scene queasily similar to the assassination of President Kennedy, which happened on the second day of shooting. And the sniper? Future President Ronald Reagan.

And so finally Adam explores how this failing actor ended up playing a role that catches the delicate moral line between playing by the rules and doing whatever it takes to get rich. Just as he was about to launch his career as a political megastar.