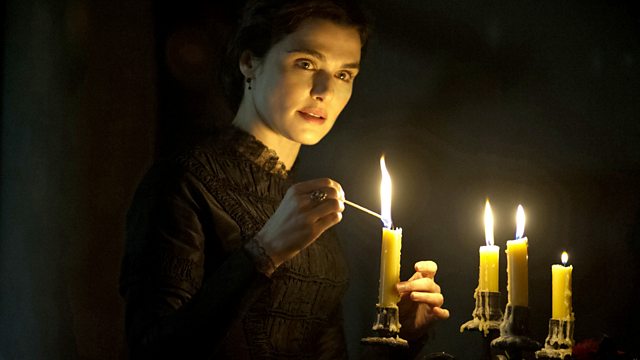 Hollywood star Rachel Weisz talks about the unusual ambiguity in her latest role as the beguiling widow Rachel in a big screen adaptation of Daphne Du Maurier's psychological drama My Cousin Rachel.

Two years ago Bamber Gascoigne inherited West Horsley Place, a crumbling 15th century stately home and 380 acres in Surrey, along with a restoration bill of £7.3m. So he built the first opera house in the UK this century in the woods behind the house, which opens tonight. He gives us the guided tour along with the woman behind the project, Grange Park Opera impresario Wasfi Kani.

It's rare for a novel to hit the news headlines but that's happened this week for Arundhati Roy's The Ministry of Utmost Happiness as it's twenty years since her first - and only other - novel, The God of Small Things, became a much loved and huge bestseller, winning the Booker Prize and selling over 8 million copies around the world. In the meantime, she's become known as an activist in her home country, India. This novel takes readers on a tumultuous journey to Delhi and Kashmir, blending the personal and the political. She joins Samira to talk about why the time felt right to tell this story now.

Her book, The Ministry of Utmost Happiness, is available now