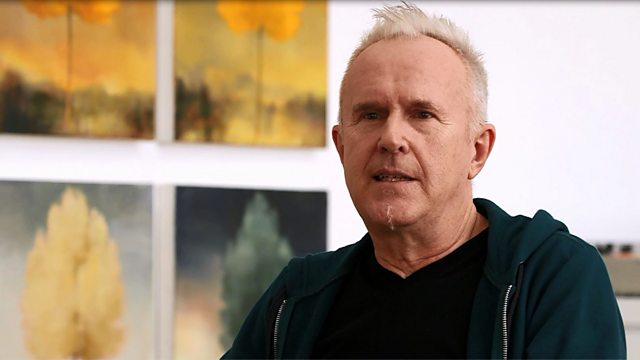 1984 sees Top of the Pops at the height of its 80s pomp - the year of big hair and big tunes. Plus Frankie Goes io Hollywood, Hi-NRG, one-man acts, jazz pop and Band Aid.

1984 sees Top of the Pops at the height of its 80s pomp - the year of big hair and big tunes. A BBC ban on Frankie Goes to Hollywood's Relax in January leads to an embarrassing Frankie-shaped hole on the show when it reaches No 1. One of the sounds of 1984 is Hi-NRG, that goes overground from the gay club scene into the mainstream charts. And 1984 is perhaps the gayest year in pop, with a trail blazed by Bronski Beat, who are out and proud and on Top of the Pops.

1984 sees the rise of the one-man acts such as Nik Kershaw and Howard Jones. And jazz pop's soaraway star is Sade, who brings a stripped-back soulful vibe to Top of the Pops. Yet 1984 isn't all about smooth sounds. German singer Nena hits the top spot with 99 Red Balloons - shocking Brits with her hairy armpits. And The Special AKA's Free Nelson Mandela combines a political message with an irresistible tune.

And the year ends on a landmark moment when many of the stars of the chart-topping Band Aid single appear in the studio as the climax to the Christmas show. It's a moment that reaffirms Top of the Pops's place at the heart of British pop culture.