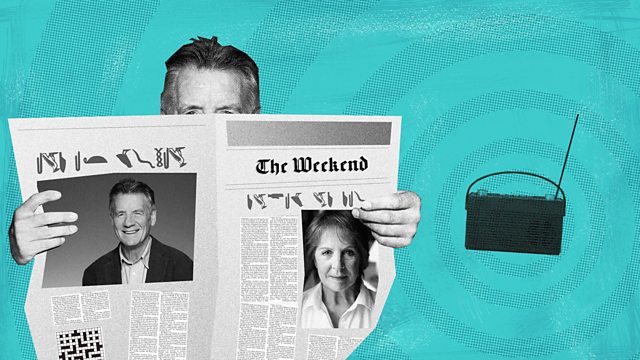 Michael Palin stars with Penelope Wilton in his dark comedy of family meltdown.

The Weekend concerns a middle aged Englishman whose life is suddenly and utterly changed when a family gathering of sad daughter, dreary husband, and awkward teenager has him reaching for double whiskies laced with heavy sarcasm.

It's Michael Palin's only stage play and contains much of his self effacing humour, but there's sharp observation and truth too. It's as dryly comic and acutely observed as Ayckbourn, as wry as Wodehouse and as acerbic as Coward. This first adaptation for radio is by Richard Stoneman - writer on TV's hit series Doc Martin - and stars Michael Palin in the central role.

In his diaries for 1988-98, Palin writes about the out of town previews for the stage show and records the press saying it was, "A good play. Funny and moving...the audiences laughed and laughed," and he had to remind himself, "It is a comedy. It's a comedy about someone who has made a mess of his life." He also noted how much he enjoyed creating so much amusement for so many people.