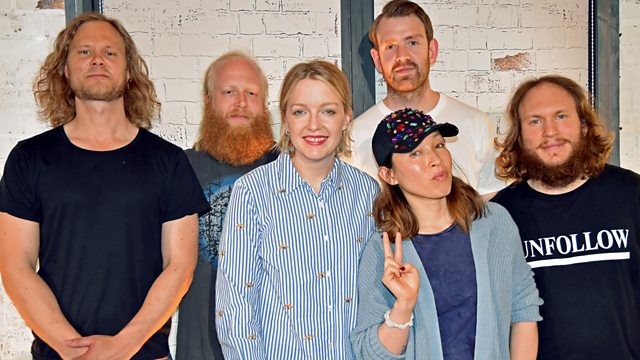 With Little Dragon in session

The super ace Little Dragon are live in Session, playing tracks from their latest album Season High, which came out in April on Because Music and was produced by none other than James Ford of Simian Mobile Disco.

Formed in 1996 in Gothenburg, Sweden and releasing their debut album in 2007, Little Dragon have been bringing joy to our eardrums for the last ten years. Season High continues in this vein and whichever tracks they choose, you'll be sure to be having a desk/kitchen/bedroom/car/street (or studio in our case) boogie from 12pm.

Across the rest of the show, Lauren has this week's Memory Tapes, which is a celebration of a listeners beloved mixtape and there's more new music with our Just Added playlist and Headphones Moment.

With Young Fathers in conversation

With the People's Playlist