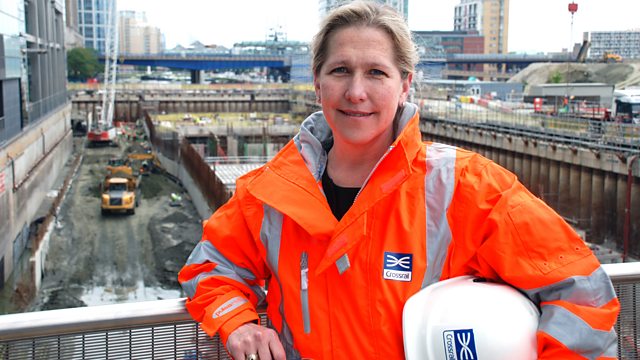 This series follows more than 10,000 engineers and construction workers as they race to complete Crossrail, London's new Underground.

This series follows more than 10,000 engineers and construction workers as they race to complete the brand new railway directly underneath the city - Crossrail, London's new Underground - in time for the first trains to start running.

Costing 15 billion pounds, it is the biggest engineering project in Europe. Linda Miller, an engineer more at home constructing space launch complexes at Cape Canaveral, must build what will become Britain's busiest station - Farringdon - an underground structure longer than the Shard skyscraper is tall. Linda and her team battle ancient fault lines that threaten the site with flooding, race to build emergency access tunnels to alleviate pressure on a congested construction site, and piece together a giant geometric jigsaw that will form a cathedral-sized station entrance.

Engineers in Whitechapel must drag the original Victorian station into the 21st century by building a brand new station on top of a bridge, while construction workers build innovative 'floating' rail tracks directly under the Barbican Concert Hall to stop noisy trains from disturbing performances as they travel right underneath the building at 90mph. The episode ends with a very special visitor arriving on site to give it, the railway its new title - the Elizabeth Line.

See all episodes from The Fifteen Billion Pound Railway