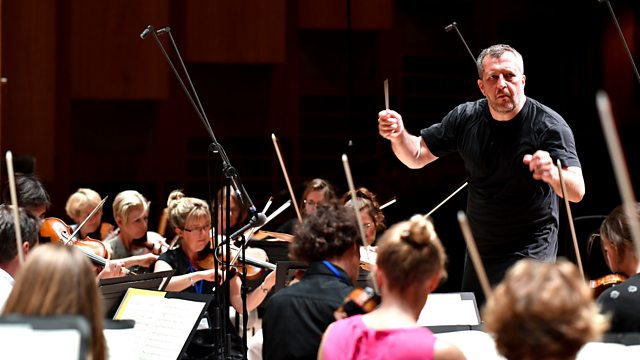 Live from the Barbican in London, Thomas Adès conducts the Britten Sinfonia in Beethoven's First and Second symphonies, as well as Gerald Barry's typically eccentric setting of Beethoven's enigmatic and disturbing love letter to his 'immortal beloved'.

'Adès makes you hear things with which you thought you were familiar as if they were completely new' wrote the Guardian's and Radio 3's Tom Service and in this Beethoven symphony cycle, the enthralling composer and conductor Thomas Adès is sure to shed new light on these monuments of the orchestral repertoire. Over the course of three years Britten Sinfonia and Thomas Adès will perform all nine Beethoven symphonies, partnering these masterworks with the deft, audacious and sometimes explosive music of the wonderfully idiosyncratic Irish composer, Gerald Barry.

In the opening concert of this three-year project, we hear Beethoven's witty First Symphony paired with the virtuosic Second. These are complemented by Gerald Barry's powerful setting of Beethoven's love letter to his 'immortal beloved'.