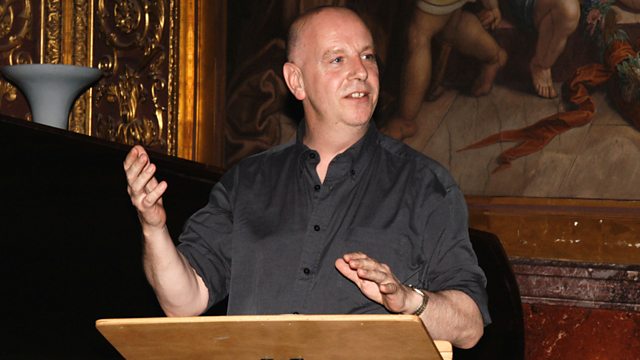 Countertenor Christopher Robson reflects on his life in music, from the Salvation Army to Blur’s Damon Albarn. From 2017.

Countertenor Christopher Robson reflects on his life in music - from playing in a Salvation Army band, via the stage of the Coliseum singing Handel, to working with Damon Albarn.

Christopher Robson found his voice by chance during a singing lesson as a teenager. Up to that point he had proved himself a musical child, playing cornet in a Salvation Army band and singing during services, sometimes reluctantly and often with his brother Nigel. But from the moment he discovered falsetto - the ability to soar above the usual range of the male voice - his ambitions led in a different direction. What followed resembles, at times, the life of a rock star rather than an opera singer.

In this intimate portrait, recorded at the London Coliseum, Christopher looks back on his rocky route into the music business, roles in iconic productions, such as Nicholas Hytner's Xerxes, his life in Germany and collaborating with Damon Albarn on his opera Dr Dee.