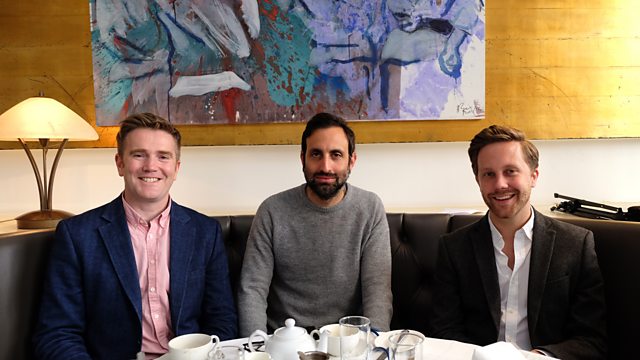 Breakfast with the Disruptors Series 1

Journalist Tim Samuels examines the financial services industry as it faces up to change. He invites a disruptor and a disruptee to breakfast - but who will pick up the cheque?

Tim Samuels examines the financial services industry as it faces up to technological change.

It was in the late 1990's that a Harvard academic Clay Christensen introduced a buzzword that has now become pervasive. He wanted to capture why established companies get driven out of their industries by young upstarts. It became known as disruptive innovation and has dramatically reshaped our business landscape.

Two-thirds of the companies on the Fortune 500 list in 1980 have disappeared. The balance has shifted from the incumbents to the challengers, from the old economy to the new. For some start-ups, the belief in disruption has taken on a near-religious edge. Forget rules, obligations and regulations - all that disrupts is good, all that stands in the way deserves to fail.

One hundred years passed without a new bank emerging. Now there are close to 50 new ones in the pipeline. In this second programme of the series, Tim speaks to Tom Blomfield from Monzo, one the UK's newest licensed banks - backed by serious investment and infused with the start-up confidence that they can do better than the current crop, The former boss of Barclays, Antony Jenkins, has his own fintech start-up looking to modernize the back office technology used by banks. But the banks have all the cash and most of the customers. They will not be disrupted easily. Is the threat of fintech hype or reality?

See all episodes from Breakfast with the Disruptors