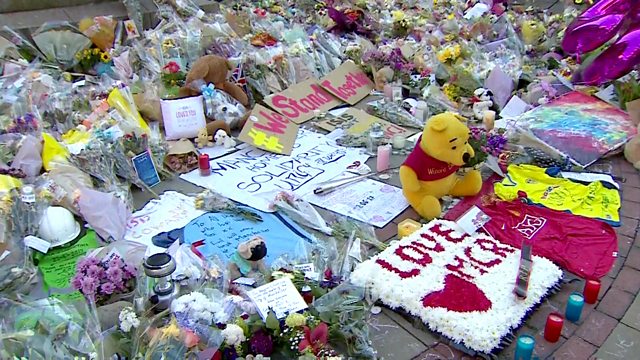 Faith leaders from across Manchester reflect on the concert attack and discuss how to encourage closer community relations.

Chris Anthony & Muhammad Hussain talk to Martin Bashir about why they are taking part in the Great Manchester run on Sunday and what it means to them in the light of Monday's attack at the Manchester Arena.

After it became known that the bomber had worshipped at Didsbury Mosque the media descended and the mosque had to defend its reputation. Kevin Bocquet meets some of its leaders.

As the case was reopened this week into the murder of Blessed Oscar Romero after almost 40 years ago, Martin asks Matt Eisenbrandte, author of Assassination of a Saint, why it has taken so long.

Trevor Barnes meets 98 year old Dennis Brock who has been ringing the bells at his church in Sunbury-on-Thames for nearly nine decades.

As people in Manchester are still coming to terms with the concert bomb attack, Martin talks to three faith leaders to have been involved in the response to the attack: the Bishop of Manchester the Right Rev David Walker, Imam Irfan Chishti and Rabbi Daniel Walker. They discuss what needs to be done now to bring communities together, and how best to harness the generous spirit witnessed in Manchester this week.