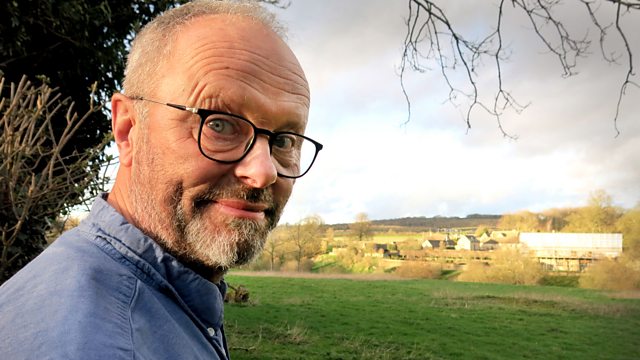 Documentary following Red Dwarf actor Robert Llewellyn's campaign to persuade residents of his village to generate their own power through renewable sources.

Documentary following Red Dwarf comic actor and green energy enthusiast Robert Llewellyn's two-year campaign to persuade residents of his idyllic Cotswolds village, Temple Guiting, to generate more of their own power through renewable sources, as a model for helping to wean the nation off imported oil, coal and gas.

Packed with scientific insight and explanation of the latest renewable technology, from Archimedes screws to solar photovoltaic panels, the film follows Robert as he tries to win over his fellow villagers with grand designs of a windmill atop the local hill, a water turbine in the village stream and solar arrays on parish roofs.

Robert takes inspiration from the extraordinarily rapid change in energy supply happening in perhaps the most surprising of locations - Las Vegas. In the neon-drenched gambling capital of the world, a revolution is under way as the city attempts to power itself entirely by renewable electricity in 2017.

Back in the Cotswolds, Robert and the village face a challenge as they find the local electricity grid cannot absorb the extra load from their proposed renewable scheme. Robert seeks out a solution in battery technology, comparing and contrasting the cutting-edge science of lithium-ion and air batteries. Is this technology that Temple Guiting can use? Can Robert's dream become a reality?

See all clips from The Great Village Green Crusade (2)

The Rural Community Energy Fund (RCEF), is a £15 million programme, jointly funded by the Department for Environment, Food and Rural Affairs (Defra) and the Department for Business, Energy & Industrial Strategy (BEIS), and managed by WRAP.

It supports rural communities in England to develop renewable energy projects which provide economic and social benefits to the community.

Find out more at http://www.wrap.org.uk/renewables

Co-operatives UK is the membership body for Britain's thousands of co-operatives and they promote, develop and unite member-owned businesses worth £34 billion to the economy.

The Hive is a business support programme from Co-operatives UK and The Co-operative Bank for people wanting to start or grow co-operative or community enterprises.