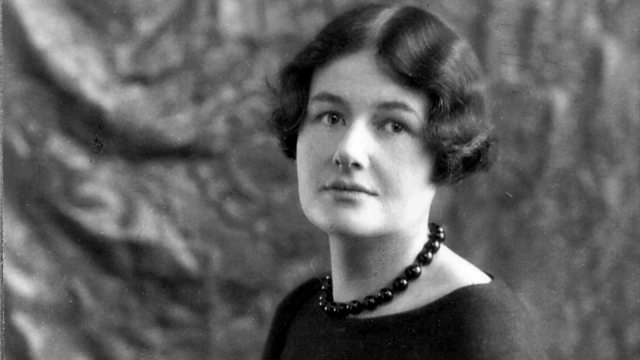 Donald Macleod explores the period when Rebecca Clarke's fame as a composer and performer was rising: the 1920s.

Donald Macloed explores the period when Rebecca Clarke's fame as a composer and performer was rising, in the 1920s

Rebecca Clarke was one of the leading viola-players of her generation and composed over one hundred works, many for her own instrument. In 1912 and aged only twenty-five, Sir Henry Wood engaged Clarke to play in his Queen's Hall Orchestra, and from then on she also performed with such luminaries as Pablo Casals, Jascha Heifetz and Myra Hess in orchestral and chamber settings. Clarke was at the pinnacle of music making both in the UK, and also giving concerts as she toured around the globe. Arthur Rubenstein called her 'the glorious Rebecca Clarke'. As a composer, her viola sonata has stayed firmly in the repertoire yet few other works are remembered today, despite at one point having three publishers negotiating to publish her works. Donald Macleod is joined by Christopher Johnson who married into Clarke's family, and also Ian Jones, Deputy Head of Keyboard at the Royal College of Music, to lift the veil on this once highly regarded performer and composer.

The 1920s was a period in which Rebecca Clarke was very active as both a composer and performer. Clarke kept diaries between 1919 and 1933, and although these documents tell us little about her composing activities, we do get a glimpse of how hard she was working to promote herself including finding publishers and performance opportunities. In the wake of the success of her viola sonata, Clarke was still primarily living in London, and then came another milestone in her compositional output, the Trio for violin, cello and piano, composed not long after the death of her father. This work was premiered at the Wigmore Hall, with Myra Hess as one of the performers. Rebecca Clarke also knew many other composers from the time including Holst, Ravel, Bartok and Bax, and it's in her single-movement string quartet that we can hear her interest in Debussy and French Impressionism.

Trio for violin, cello and piano
The Bekova Sisters