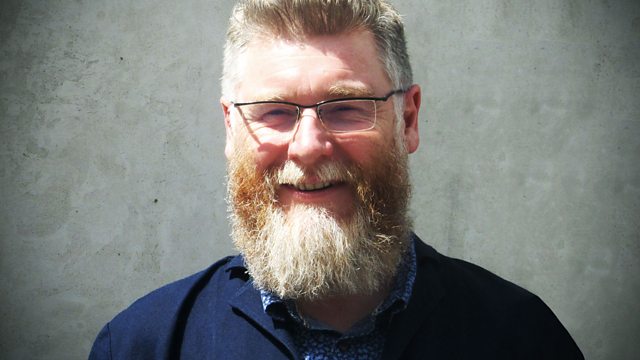 Tim O'Brien on transient stars and science and music festivals

Astrophysicist Tim O'Brien explains to Jim Al-Khalili how he combines studying how stars explode with running music gigs around the iconic radio telescope at Jodrell Bank.

Tim O'Brien has earned the nickname 'the awesome astrophysicist dude from Jodrell Bank' He is Professor of Astrophysics at Manchester University, and the associate director of Jodrell Bank Observatory, best known for the giant, iconic radio dish of the world-famous Lovell telescope which sits majestically on the Cheshire plain, where he carries out research on the behaviour of transient binary stars called novae.

For twenty-five years Tim O'Brien has been telling the public about astronomy, and recently he's also become an organiser of concerts. Building on some very successful one-day events, the first Blue Dot Festival was held at Jodrell Bank in July 2016 and the second will be this summer. Tim talks to Jim al-Khalil about how he pops up on stage between acts to tell the audience about science - and doesn't get bottled off!

Ottoline Leyser on how plants decide what to do

Tamsin Mather on what volcanic plumes reveal about our planet