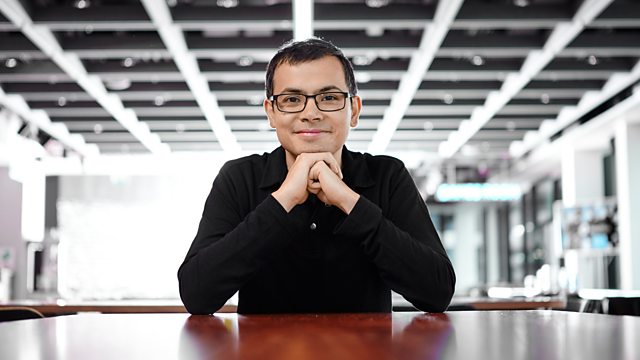 Kirsty Young's castaway is Dr Demis Hassabis. An artificial intelligence researcher and co-founder and CEO of DeepMind, he is also a neuroscientist, a computer games designer, an entrepreneur, and in his youth, a world-class chess player.

Born in 1976, he was introduced to chess aged four and, by the age of twelve, was the world's second-highest ranked player for his age. With his winnings, he bought himself a PC and taught himself to code. After taking his A Levels two years early, before going to university he worked on one of the most successful computer games of the 1990s, Theme Park. He graduated from Cambridge with a double first, and returned to the computer games industry, founding his own company in his early twenties.

His passion had long been artificial intelligence and he says everything he's done has been part of a long-term plan to "solve intelligence" and then use intelligence "to solve everything else". He gained a PhD in Cognitive Neuroscience where he deliberately chose to study topics where AI had failed so far: memory and imagination. After stints at MIT and Harvard, he co-founded his company in 2010, which was then acquired by Google in January 2014. In March 2016 their computer programme, AlphaGo, beat a world champion Go player at the game having taught itself how to play through a combination of two techniques - deep learning and reinforcement learning.

See all clips from Demis Hassabis (2)