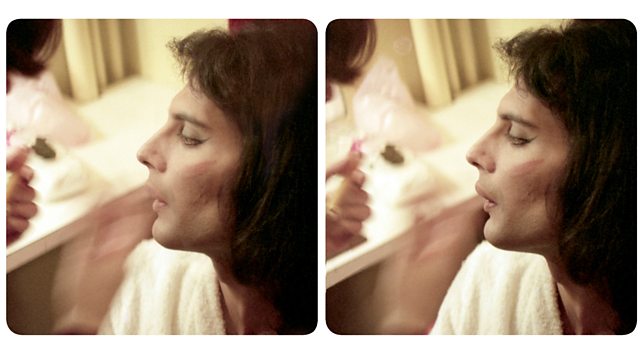 Queen guitarist Brian May explains how his childhood fascination with stereoscopic imagery led to his documenting the band over the years from an insider's point of view with a collection of unique 3-D photographs.

Exactly 40 years to the day after the first Star Wars film was released in US cinemas, we explore its impact on popular culture with Mark Miller, creator of Kick-Ass and creative consultant on the X-Men and Fantastic Four movies, and film critic Mark Eccleston.

Jason Solomons reports from the Cannes Film Festival, and rates the contenders for the big prizes being awarded this weekend.

Queen in 3-D by Brian May is out now