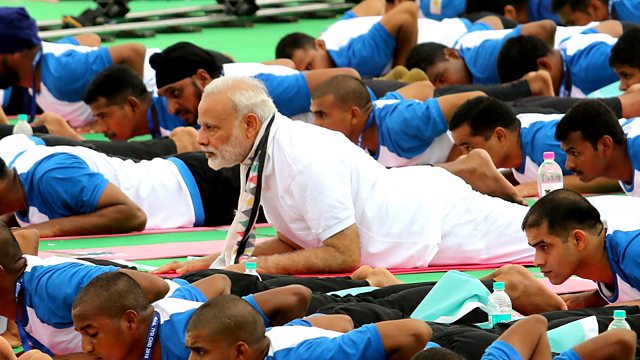 On Start the Week Andrew Marr discusses India. The Indian MP Shashi Tharoor looks back at the history of the Raj in Inglorious Empire, a searing indictment of the British and the impact on his country. The journalist Adam Roberts travels from Kerala to the Himalayas to find out whether a resurgent, vibrant India is about to realise its potential, and whether the belief in future prosperity will cover over the cracks which have divided the nation in the past. The Prime Minister, Narendra Modi, is at the centre of India's reinvention, and has galvanised Hindu nationalists, but the academic Kate Sullivan de Estrada argues that he's a controversial figure both at home and abroad. And the writer Preti Taneja retells Shakespeare's great tragedy, King Lear, set in Delhi and Kashmir, in her exploration of contemporary Indian society.
Producer: Katy Hickman

Live from the Hay Festival

Inglorious Empire: What the British did to India is publish by Hurst

Adam Roberts is a journalist.

Dr. Kate Sullivan de Estrada is a Lecturer in Modern Indian Studies at University of Oxford

Preti Taneja is a writer, academic and activist.

We That Are Young, a retelling of Shakespeare’s King Lear in contemporary India, is published in August 2017 by Galley Beggar Press.