Schedule
BBC Radio 4
Americanize!: Why the Americanisation of English Is a Good Thing
Main content 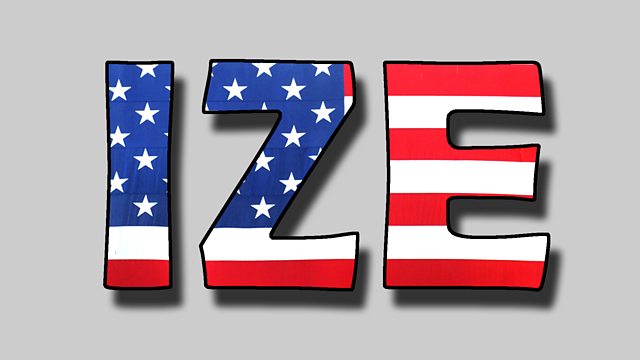 Americanize!: Why the Americanisation of English Is a Good Thing

Do words like movie or cookie raise your linguistic hackles? Susie Dent explores how Americanisms enter British English and asks whether we should learn to love their vibrancy.

Do words like movie, elevator or cookie raise your linguistic hackles? Do you hate hearing someone ask if they can ‘get’ a coffee? Lexicographer Susie Dent – more usually found in the Dictionary Corner of Channel 4’s Countdown – explores the history of how Americanisms have entered British English and argues that perhaps we should learn to love these transatlantic imports.

We hear from the Queen’s English Society about why they believe British English should be protected and John Humphrys tells us about the Americanisms he particularly dislikes. Linguist Dr Lynne Murphy reveals that dislike of Americanisms goes back to Dr Johnson and Michael Proffitt, the Chief Editor of the Oxford English Dictionary, tells Susie about some of the unexpected words which started life in America.

There’s another surprise when Susie travels to Stratford upon Avon, where Dr Nick Walton from the Shakespeare Birthplace Trust shows that some of the most disliked Americanisms first appear in Shakespeare’s plays. There’s an actor’s perspective from Tamsin Greig, who’s recently appeared in Twelfth Night at the National Theatre, and the singer Marty Wilde remembers teenagers’ enthusiasm for all things American in the 1950s and their elders’ despair at this assault on the English language.

Susie concludes with an exhortation to all of us to throw off our British linguistic reserve and to Americanize – even if only a little bit. She encourages us to embrace the verve of American vocabulary and to recognize that many of our American bugbears actually came from Britain in the first place.