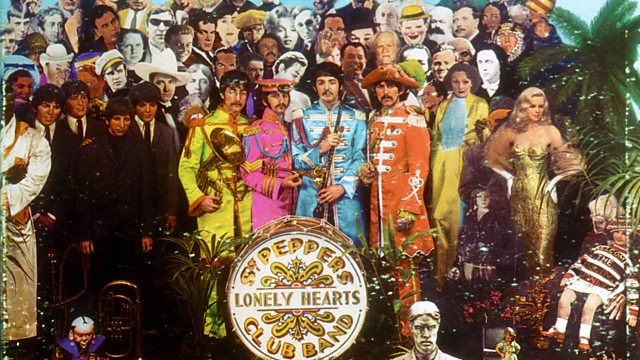 Two-part documentary revealing the revolutionary studio techniques used during the Sgt Pepper sessions and also examining the album's huge impact on the history of music.

Martin Freeman presents Sgt. Pepper Forever, which will reveal the revolutionary studio techniques used during the remarkable sessions dating from November 1966 to April 1967 and also examine the album's huge impact on the history of music. They will feature 'work-in-progress' versions of Sgt. Pepper tracks - and the songs on the double A-side single Strawberry Fields Forever/Penny Lane, which were also recorded during the sessions - to illustrate the pioneering techniques used by The Beatles and George Martin.

This two-part documentary special features interviews with Paul, George, Ringo and George Martin, and in a new interview composer Howard Goodall talks about, and illustrates on piano, the musical innovations of the album's songs.

Having worked with the original four-track tapes to create a new stereo mix of Sgt. Pepper for its 50th anniversary, producer Giles Martin (son of Sir George Martin) describes the innovative recording techniques used at the time and how he approached making his new version.

There will also be interview material with the album cover's co-designer Peter Blake, Beatles press officer Derek Taylor, Tony King (George Martin's assistant in 1967), Mike Leander (the arranger of She's Leaving Home), poet Adrian Mitchell, DJ John Peel and some of the producers and musicians who were influenced by the achievements of the album, including T Bone Burnett, Dave Grohl, Tom Petty, Jimmy Webb and Brian Wilson of The Beach Boys.

Martin Freeman says: "Sgt. Pepper is the most celebrated album by my favourite band. These documentaries will shed light on how The Beatles, with George Martin, created a piece of work that marked a watershed for what a long playing record could be. It's my absolute pleasure to help tell you about it.".