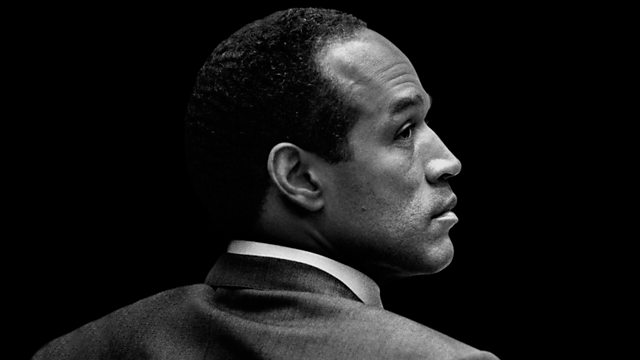 Storyville OJ: Made in America

A Storyville documentary: the first part looks at how OJ Simpson rose to fame as a running back in the NFL, and his acting, advertising and broadcasting careers took off later.

Five-part series and winner of the 2017 Academy Award for Best Documentary chronicling the rise and fall of OJ Simpson.

To many observers, the story of the crime of the century is a story that began the night Nicole Brown Simpson and Ronald Goldman were brutally murdered outside her Brentwood condominium. But as the first episode lays bare, to truly grasp the significance of what happened not just that night, but the epic chronicle to follow, one has to travel back to points in time long before that.

To generations prior, when African-Americans began migrating to California en masse, trying desperately - and fruitlessly - to outrun the racism that had defined their lives. To the late 1960s, when in the heart of Los Angeles, OJ Simpson rose to instant fame as an unstoppable running back for the USC Trojans. To the early 1970s, when he expanded that fame in the NFL, becoming the first player ever to rush for 2,000 yards in a season, and emerging as one of the most visible faces in sports. And to a few years after that, when with his celebrity transcending the game, Simpson retired from American football and returned to Los Angeles - his acting, advertising, and broadcasting careers in ascendance. It was also then that he fell madly in love - with a young, beautiful woman named Nicole Brown.

Part 2—OJ: Made in America