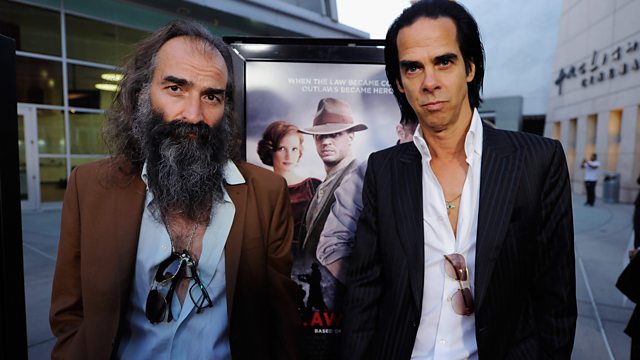 Mary Anne Hobbs talks to musician and composer Warren Ellis about his creative relationship with Nick Cave and their plans for the rest of 2017.

Mary Anne talks to musician and composer Warren Ellis about his creative relationship with Nick Cave.

Find out about how the two first met, what Nick is like to work with both in the studio and on tour, and how Warren helped Nick find the focus and resolution he needed to finish his latest album 'The Skeleton Tree', after the passing of Cave's 15-year-old son Arthur.

Mary Anne hosted a listening party for the new Nick Cave & The Bad Seeds album on 9 September 2016. The new album was accompanied by a film, One More Time With Feeling.

With Stuart Braithwaite of Mogwai

See all clips from With Warren Ellis (3)