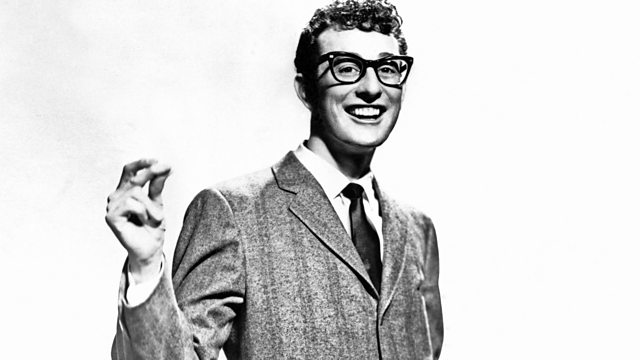 Film telling the story of Buddy Holly's tragically short life and career through interviews with those who knew and worked with him, combined with contributions from music fans.

He was lanky, he wore glasses and he sang as if permanently battling hiccups. Aesthetically, Buddy Holly might have been the most unlikely looking rock 'n' roll star of the 50s. But he was, after Elvis Presley, unquestionably the most influential.

It was an all-too-brief career that lasted barely 18 months from That'll Be The Day topping the Billboard charts to the plane crash in February 1959 in Iowa that took Holly's life. That day was immortalised in Don McLean's 1971 song American Pie, and has become known as 'the day the music died'.

This film tells the story of Buddy Holly's tragically short life and career through interviews with those who knew him and worked with him. This combined with contributions from music fans paints a picture of an artist who changed music. Rock 'n' roll started with Elvis, but pop music started with Buddy Holly and The Crickets.

In an age of solo stars, Holly also led the first recognisable 'pop' group, The Crickets, who in name alone inspired The Beatles. As a songwriter, he revolutionised rock 'n' roll by introducing dynamic new rhythms and unpredictable melodies beyond its traditional blues roots. In his songs, written and recorded in the late 50s, we can already hear the beat group sound of the 60s and beyond.

Buddy Holly's story remains one of the most dramatic tales in rock 'n' roll, one which nearly 60 years after his breakthrough hit That'll Be The Day, deserves to be told again for a new generation. His life was tragically short. His legacy is triumphantly infinite.