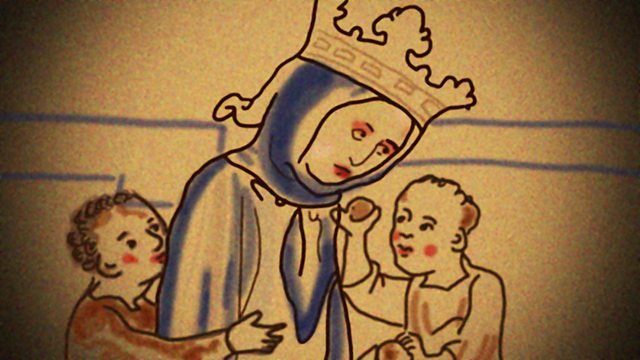 Sue Cameron on Emma of Normandy

Twice Queen of England and mother of two kings, but have you heard of Emma of Normandy?

Matthew Parris explores the time 1,000 years ago when England was emerging as a new nation in the decades before the Norman invasion, when the country's Anglo Saxon rulers were beset with Viking invasions. Emma, herself of French Viking descent, was pitched into a maelstrom of war and politics, when she crossed the channel as a teenage bride in 1002.

Joined by medieval historian Vanessa King of Goldsmiths, University of London, Sue and Matthew conjure the fortunes of a woman who emerged as a key powerbroker and kingmaker. Emma bestrode early English court politics for half a century during her life, and for years afterwards. Married first to Aethelred, the Saxon king, she was promptly summoned to marry his successor after his death in 1016, the Danish king of England, Canute, who's alleged to have ordered the waves to cease.

Sue Cameron imagines what it must have been like for Emma in the midst of these turbulent times, trying to protect the sons she had with both kings, while advancing their position at court.