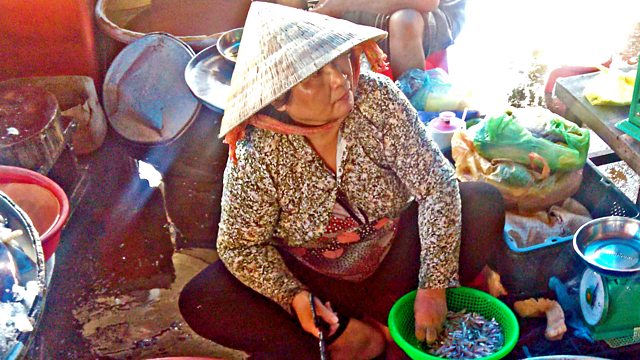 The construction of enormous new hydro-electric dams threaten life on one of south east Asia's most vital rivers. Peter Hadfield reports from the banks of the Mekong.

New dams threaten life on South-East Asia's most vital river, a river that provides food and water to 70 million people. The government of Laos is determined to develop the nation by building hydroelectric dams for electricity. Many people in the downstream countries of Cambodia and Vietnam are worried that the flow of the life-giving waters of the Mekong will be much reduced and fish life devastated. Peter Hadfield reports from the banks of the Mekong.