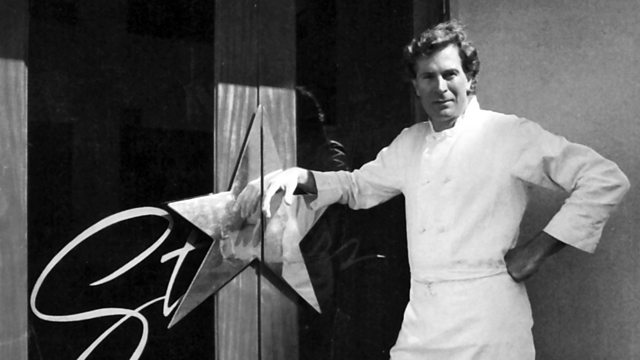 The Chef Who Vanished - The Story of Jeremiah Tower

At the age of 30, with no formal training, Jeremiah Tower became a chef. His approach to cooking changed the food world for good, then he walked away. Dan Saladino tells his story.

At the age of 30, with no formal training, Jeremiah Tower became a chef. His approach to cooking changed the food world for good, then he walked away. Dan Saladino tells the story of the man who many consider to be the first "celebrity chef".

The food writer and broadcaster Anthony Bourdain has described Jeremiah Tower as a "dangerous person to know", to others he's the Jay Gatsby figure of the restaurant world. Born in the USA, brought up in Australia and England, his childhood was, on first appearances, a privileged one. He was born into a world of wealth, travel and a first class lifestyle. It was also however, strange and difficult with a mother and father who were often detached and uninterested in their young son. As he got to experience more of the world's best restaurants, hotels and ocean liners he sought comfort and pleasure in food, kitchens and cooking.

At age 30, following studies at Harvard which resulted in a failed career as an architect, he answered a job advertisement to work in California's Chez Panisse restaurant, founded by the cook of America's counter culture Alice Waters. Both the restaurant and Jeremiah's cooking would become world famous.

In 1984 he set up his own restaurant in San Francisco, Stars, which went on to become one of the most celebrated and lucrative restaurant in America. Jeremiah's approach to breaking free from French influences and cooking with local ingredients would go on to influence chefs and restaurants around the world. Evenings at Stars would become the stuff of legend with diners ranging from Rudolph Nureyev and Margot Fonteyn to Pavarotti and the Beastie Boys.

Just over a decade later Jeremiah Tower would put down his apron and walk away. Dan Saladino tells his story.

The Herbal World of Jekka McVicar