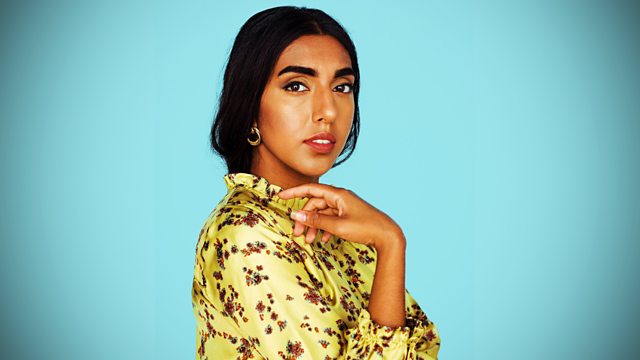 Canadian poet and vlogger Rupi Kaur. We explore financial abuse and hear about its damaging impact. And the swimming suffragettes fighting for equal access to the water.

The Canadian poet and vlogger, Rupi Kaur, became famous when she took photographs of herself during her period. Nothing graphic, but the blood on show wasn't to the liking of Instagram who took the pictures down. She's in London at the moment reading poems from her collection Milk And Honey, so she'll be in the studio to talk about her writing, her nomadic life and how she recovered from a sexual assault.

Who's in control of the purse strings in your relationship? In extreme situations money can be used as a tool to control others. We discuss financial abuse with an expert in the subject, Dr Nicola Sharp-Jeffs. She's been exploring how other countries deal with it, and whether we can adopt some of their policies to make it easier for victims. We also speak to a woman who's had first-hand experience of it.

A year ago we spoke to the Somali-born, anti FGM campaigner, Hibo Wardere, about her experience of being cut at the age of six and how it's affected every part of her life. She joins Jane to talk about her recent visit to Senegal where she met communities who have abandoned FGM.

As outdoor pools open their doors for the summer and women pull out their costumes and caps, it's time to reflect on the 'swimming suffragettes' who made women's swimming possible. The sport was exclusively male in the 19th century, so women turned to 'secret swimming' and fought for poolside equality. Writer and keen swimmer, Jenny Landreth, has a new 'waterbiography' out called, Swell. She joins us to talk about the 'swimming suffragettes' and her own great love of swimming.