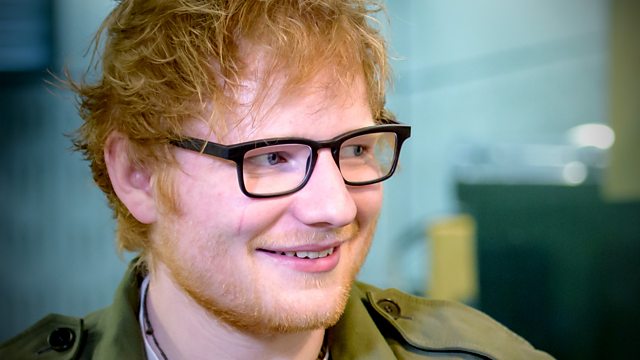 Kirsty Young's castaway this week is Ed Sheeran. His songs have brought him two Grammys, four Brit awards and global success. Shortly after the release of his latest album, Divide, tracks from it occupied nine of the top 10 places in the UK singles chart.

Born into a creative family, Ed had piano and cello lessons as a youngster and briefly sang in a local church choir. At the age of 11, seeing Eric Clapton play Layla on TV at the Queen's Golden Jubilee concert inspired him to take up the guitar. Ten years later, Ed himself was performing at the Queen's Diamond Jubilee concert.

Ed left school and home at 16 to focus on playing gigs in London. Despite relentless performing he failed to secure a recording contract and decided to try his luck in America. During a successful stint performing in Los Angeles, he came to the attention of the Academy Award-winning actor and musician Jamie Foxx, and within months of returning to the UK he'd signed a record deal. His first single, The A Team, became a top ten hit around the world and won him an Ivor Novello award, and his second and third albums topped the UK and US charts.

In 2015 he performed at Wembley Stadium as a solo artist for three nights to capacity crowds, and this year he is headlining the Pyramid stage on the final night of Glastonbury.

See all clips from Ed Sheeran (3)