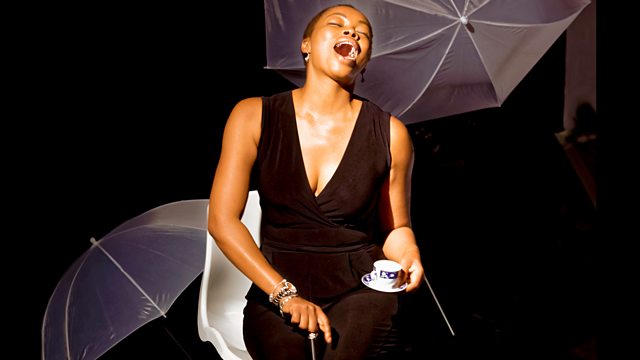 Actress Phina Oruche talks about being pigeon-holed and fighting it. Plus a discussion on fostering, and why are women called 'bunny boilers' when relationships go wrong?

Actress Phina Oruche talks about being pigeon-holed and fighting against it. She's got her own one-man show called Identity Crisis.

Crazy, hysterical, bunny boiler. This is how women are described regularly, going all the way back to Greek mythology. Many women have had the uncomfortable experience of being called "crazy" especially when relationships hit a bumpy patch or come to an end. A new film called UNFORGETTABLE, starring Katherine Heigl, plays on this trope. Jane discusses it with journalists Arwa Mahdawi and Alya Mooro.

Making the tea at work: does it get you want you want, or does it conform to secretarial stereotypes? Dr Eve Poole, an expert in management and leadership who has a new book out called LEADERSMITHING, says good manners are at the heart of being a successful leader and that means making a brew.

Over 63,000 children and young people were in care in the UK last year and there's a need for many more foster families. So, what makes a good foster carer and how do you get suitable candidates to apply? Jane is joined by two stars from the reality TV show The Only Way is Essex (TOWIE), Debbie Douglas, and her daughter, Lydia Bright. They're fostering ambassadors for the Department for Educatio and Debbie has fostered over 250 children. Lydia has grown up all her life with foster siblings. At the start of Foster Care Fortnight, they talk about the reality of looking after children in care along with Jackie Edwards, Professional Adviser with Foster Talk.

See all clips from Phina Oruche, Fostering, The "Bunny Boiler" (2)