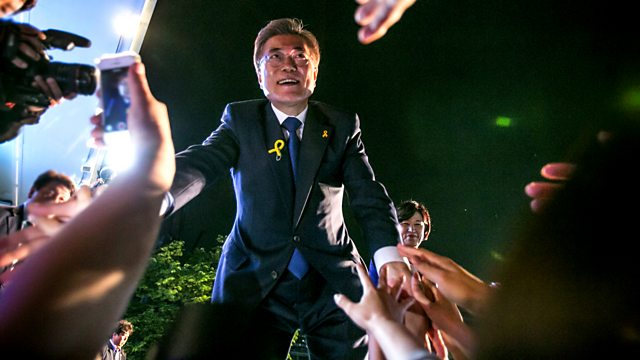 South Korea elects human rights lawyer as president, who says he wants less confrontation with North Korea.
Mr and Mrs May appear together on the BBC's "One Show"
Daniel Sandford reports from Turkey on jailing of former Tube worker who went to fight with IS group in Syria.
And NATO calls for more Western troops to be sent to Afghanistan.

Macron - after victory tough task ahead