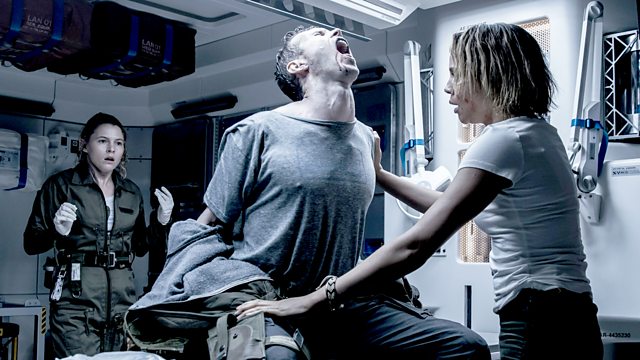 The latest Alien film is a prequel to the 1979 original. Rhianna Dhillon assesses how Alien: Covenant fits into the series and looks at Michael Fassbender's role as not one but two robots.

A gong surrounded by ivory tusks was removed from display at Sandringham House last week amid ethical concerns. To discuss how museums should reflect changing views in contemporary society Emma Dabiri is joined by cultural commentator Tiffany Jenkins and curator and writer Priya Khanchandani.

The elongated human sculptures from artist Alberto Giacometti are some of the most recognizable works of modern art. As Tate Modern opens the UK's first major retrospective of his work for 20 years, art critic William Feaver gives the low down on the somewhat mythical Swiss painter-sculptor.

Jamestown is a new Sky 1 drama set in one of the first British settlements in America in the early 17th century. It begins as a group of women arrive from the UK, paid to travel to the colony to marry men they have never met. Writer Bill Gallagher reveals how the story of these women inspired the drama.

Alien: Covenant is in cinemas nationwide from Friday, 12 May 2017, certificate 15.

The Giacometti exhibition at Tate Modern in London opens on Wednesday and runs until 10 September 2017.

Episode 1 of Jamestown is available to watch on Sky Go now, and the series continues on Sky One on Friday at 9pm.