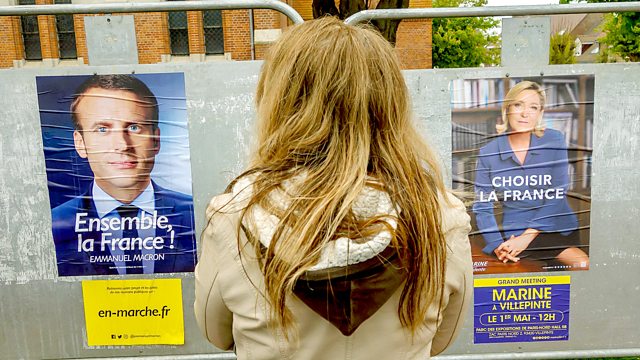 How Does France Work?

Series looking at important issues in the news. David Aaronovitch steps into the Briefing Room for an anatomy of France.

For the first time in over half a century, two insurgents, Marine Le Pen and Emmanuel Macron, have broken through France's traditional two party system. This week, voters will decide between two utterly different visions of France, Europe and the world.

But how did France get here? What do we need to know about its state, its economy and its changing people? David Aaronovitch steps into the Briefing Room for an anatomy of France.

Jonathan Fenby: Author of The History of Modern France and Director of European Political Analysis at the TSL research company.

The Problem of North Korea

How Do We Pay for the UK?