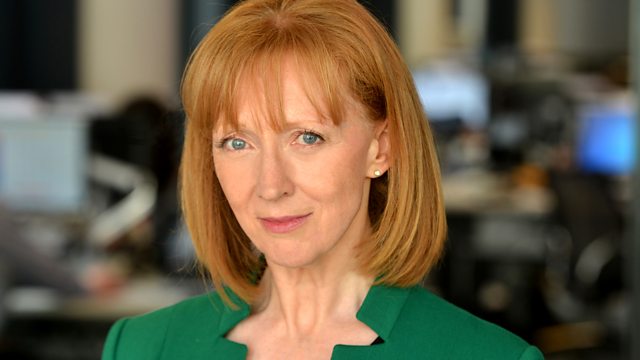 Patients with kidney failure are using social media to find their own living donor. Lesley Curwen discovers why some doctors see this as an unsavoury beauty contest for organs.

Is it fair to find your own kidney donor on the internet? UK patients who need new organs are using social media to advertise their plight and appeal directly for a Good Samaritan who's willing to share their spare kidney with a stranger.

As Lesley Curwen discovers, the development of such appeals on social media has caused consternation among some in the transplant community. They fear a competition to attract donors amounts to an unsavoury beauty contest, in which only the most plugged-in and tech-savvy can participate.

But for Nicola Pietrzyk from Leicester, turning to social media and Facebook was a no-brainer. Her 11 year old son, Matthew had been spending 12 hours a day on dialysis, waiting for years for a possible donor from the NHS list. She's convinced that if she hadn't launched A Million Likes for a Kidney for Matthew, a kind-hearted stranger would never have offered her son a new kidney, potentially saving his life.

The campaign prompted several prospective donors who weren't a match for Matthew to go on to donate to others and Alison Thornhill tells Lesley Curwen why she went on to do just that.

But the likelihood that individuals, motivated by a particular story on social media, will in fact be a match for their intended recipient is slim, and Lesley hears from transplant teams frustrated that NHS resources are sucked up by high profile campaigns that attract many volunteers, all of whom need to be tested, most of whom won't turn out to be a possible match for the recipient.

Dr Adnan Sharif, consultant nephrologist at Birmingham's Queen Elizabeth Hospital, was closely involved with several high profile media campaigns and he admits that he and his team were at times completely overwhelmed by the demands that multiple volunteers, each offering to donate a kidney to a named individual, placed on the unit.

While he acknowledges that such social media campaigns are legal and after the guidelines were changed, were accepted by the transplant community, he admits to mixed feelings about the outcome. He and his team are delighted for the individual who has a new kidney, but uncomfortable about diverting resources from patients who are waiting for an organ through the traditional routes, from deceased donors or through the NHS Living Donor Scheme where altruistic donors place their trust in the transplant authorities to pick the best match for the kidney they've donated.

So the transplant community in the UK has come to terms with social media campaigns for organs from strangers, even though there's a clear preference for the NHS altruistic donor scheme. But Lesley discovers another internet innovation: websites that allow kidney patients to advertise for a prospective donor, have been frozen out as clinical teams have voted with their feet and refused to deal with them.

An American website, matchingdonors.com, launched in the UK in 2012 and sent policy makers and clinicians in the organ transplant field into multiple huddles.
The final ruling was that websites like this could operate as long as no fees were paid (matchingdonors.com didn't charge UK kidney patients a fee but they do charge $595 to USA patients for a lifetime membership). Over 100 UK patients and over 300 UK donors were registered at the site.

But as Lesley finds out, in five years, not one transplant has happened through this website. Patients told her their transplant teams simply refused to deal with it, and the former chair of the ethics committee of the British Transplantation Society, Professor Vassilios Papalois, argues that clinicians have autonomy and if they're not comfortable with the idea of a matching organ website, they're under no obligation to proceed. He finds the idea of a matching website ethically objectionable, he tells Lesley, and he wouldn't personally sanction it either.