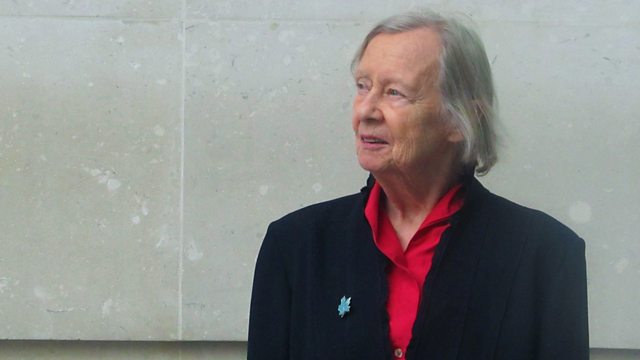 Ann Clarke on The Frozen Ark

Immunologist Dr Ann Clarke tells Jim Al-Khalili how the fate of a tiny snail resulted in a global campaign, The Frozen Ark, to save the DNA of the world's most endangered species.

Tiny tree dwelling snails, partula, were so abundant across French Polynesia that garlands of partula shells would be presented to visitors to the islands. But when immunologist Dr Ann Clarke joined her husband, the late evolutionary biologist Professor Bryan Clarke, on expeditions to research the unique way this species had developed, a study in speciation turned, before their eyes, into a study of extinction.
Ann witnessed first-hand the terrifying speed that biological controls, another mollusc introduced to kill a different, larger predatory snail, instead turned on Partula, and within a few short years, drove them to extinction in the wild.
The subsequent scramble to save the species resulted in the launch of a global effort called The Frozen Ark to save the genetic resources of all animals which, like partula, face obliteration.
The Frozen Ark was founded by Ann, her husband and the late Professor Ann MacLaren and with consortium members around the world, tissue and genetic material from threatened fauna is preserved as an ultimate animal conservation back-up. More than 48,000 samples have been collected by Frozen Ark members in zoos and natural history museums around the world from more than 5,500 different species. Frozen samples inform multiple captive breeding programmes, including at London Zoo, where descendants of partula rescued from extinction, are being bred ready for re-introduction back to their home in French Polynesia.
And all this wasn't Ann's main career!
As well as admitting to Jim that she was read bedtime stories as a child by the great JR Tolkien and that in her first ever job as a lab technician she helped Nobel Prize winner Sir John Gurdon with his nuclear transfer experiments, Ann also had a long and successful career as an immunologist and embryologist, fuelled by a life long interest in embryonic tolerance and immunity.

Graham MacGregor on tackling the demons in our diet

Fay Dowker on a new theory of space-time

A study in extinction: How the Rosy Wolf Snail ate up tiny Partula

The garland is made of Partula snail shells; the largest snail is the edible African land snail, Achatina and the middle sized snail is the Rosy Wolf Snail, Euglandina.